Beds From Mattress Mack Can Save Your Money

Looking For A Sale, Beds From Mattress Mack Can

If you live anywhere near Houston, Texas, you probably know who Mattress Mack is. Jim McIngvale, with his crazy commercials and his charitable activities, has become a beloved local celebrity. He has even paired up with national stars and presidents to become known outside his hometown.

After college and many unsuccessful jobs, Jim and his wife Linda followed Jim’s brother from Dallas to Houston with the promise of a location for a furniture store. What they found was a strip of old model homes with no air conditioning or heat.

They began selling low-end furniture and mattresses to a large number of people moving to Houston from up north. They were coming in search of work, often bringing only what would fit in their car. They needed something to sit on and mattresses to sleep on at night. Jim had them for an affordable price.

When the oil boom went bust, the McIngvales lost their customer base and sales dropped. Jim decided to invest his last $10,000 into television advertising. When he didn’t like what he saw at a commercial production, he took over, and a star was born. He grabbed the day’s sales receipts from his pocket and jumped up and down, promising to “save you money!”

Almost immediately, sales began to soar. People all across the city began to talk about that crazy man selling furniture on I45 North between Tidwell and Parker. As his business grew, Jim decided to try new angles in his commercials.

In one set of commercials, Jim and his son put on mattress costumes and called themselves “Mattress Mack” and “Mattress James.” Although the ads only ran for a limited time, many years ago, the nickname stuck.

Today, Mattress Mac’s rag to riches story is an inspiration to many. Also, Mac is known for his charitable attitude toward the city that gave him success. He has been the purchaser of the Grand Champion Steer at the Houston Livestock Show on more than one occasion. And in 2001, when Tropical Storm Allison flooded over half of the city, Mac bought all of the Simmons mattress overruns and sold the mattresses for half price. And while many of them were bought with Red Cross vouchers, Mac donated those back to the Red Cross. Are you looking for a brief history of the mattress?

And in 2005, when Hurricanes Katrina and Rita devastated much of the Gulf Coast, Mattress Mac was there to help again. When evacuees from New Orleans began to arrive in Houston by the busload, Mac opened up his showroom at night for them to have a place to sleep. He also teamed up with another famous Houstonian, President George Bush, to help raise money for the relief efforts. He is determined to give back to his new hometown.

While not all multi-millionaires are good role models, Jim McIngvale is. Mattress Mac is the kind of guy you can look up to for his excellent business sense and his sense of responsibility to the community. He is truly a hero. 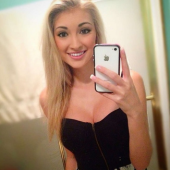 Hi, My Name is Susan C Lutz From USA New York. I am a student at New York University. I Am Interested in Blogging Related Health, Weight Loss, Recipes, Back Pain, And Women Health-Related Issues.

How To Choose The Best Mattress And Buying Guide